Manufacturer’s Guide Darshan Rajput: Know the Story of this Young Entrepreneur And Youtuber 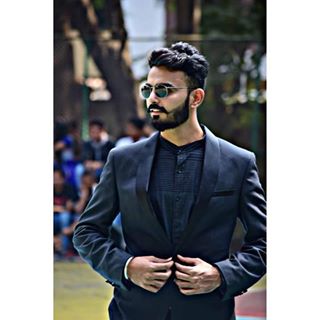 If you too want to start your own youtube channel his story will truly inspire you.

Like every other young boy, he had many dreams like one of them was after completing engineering he wanted to pursue his MS in the USA. Everything was on the right track, he was also selected for a job in Indore but all he wanted is to go abroad for his MS.Eeverything went right like for the next 6 months, Darshan was sincerely preparing so that he could get admission for MS in the USA but one incident completely changed his life.

The one incident which made him start a whole new business and start his own youtube channel- The Manufacturer’s Guide which now has around 5 lakh 30 thousand subscribers which is staggering. Now its been around a year his channel manufacturer’s guide is helping different people from different parts of the countries with all the important information and with that, he is trying to reach every single person who actually wants to start his own business.

His journey was not at all easy. It was the time when he was preparing for his examination, his father was arrested in a false charge, he had no idea what he should do, his father advised him to concentrate on his career and leave for the USA for his further studies.

All of sudden everything just took a wrong turn in his life, there was no source of income as his father was in jail. He had to look after everything from meeting every single person who can help him to prove that his dad is right, there was a time when he was managing everything like meeting different police officers, going to court and all, but somewhere at the back of his mind, he wanted to go to the USA. At that point, he decided that he have to take responsibility and start a small manufacturing business.

In the hard times, what motivated him was Gary Vaynerchuk, his videos made him believe that its the right time to start with something, but as we all know the beginning is always the hardest, but to start with the manufacturing business he had nothing. This young boy actually started with a zero.

Before he actually started with the business he had researched for around 6 months, traveled to remote places, went to his family asked for help, he convinced them to help him and assured them that he will return them their money on time, his family members saw a spark in his eyes and felt that he won’t fail and at the end, he had around 4 lakh with him to start his own manufacturing business of tissue and this boy became Tissue wala.

Tissue wala a name which was given by his friends and other family members who were of the opinion that he should focus on his job instead of doing this tissue manufacturing business. He worked very smartly for his new startup, as the machine which he had purchased was not a new one, he purchased a second-hand machine which cost him just 2 lakh.

In this way, he saved his money in every possible way and use it wisely for his business. There was a lot of competition in the market and as many people do not support the new startup. So, to make a firm position in the market, he came up with the idea. There was not a single restaurant or hotel in Nasik where he did not visit, he told the hotel owners that he would deliver them the tissues at the same price as that they purchase them from the wholesalers with the name and logo printed on the tissue.

And the plan worked for him, this thing worked well for him and helped the business to grow well. After some struggle and smart work, everything went great.

He thought he must share the mistakes that he did when he initially started his business. This information can be helpful for the youtube viewers who are trying to find the exact solution for their business regarding issues. Darshan recorded his first video without looking at the views and started thinking and working for his second video. Then he thought of exposing the business that can help the people with important information.

After sharing the mistakes he did at the initial stage of his business, he exposed the slipper business, he showed through his video that how these people sell their machine by giving false information to the customer, this video went viral on youtube, he started getting random comments from the viewers and he was completely overwhelmed by the response he was getting through the video. His videos were viewed by millions of peoples on youtube.

Many of his friends and teachers were still of the opinion that “If he wanted to do all this why did he choose to become an engineer?”.Other family members were like what he is doing? Instead, he should take a job and look after his family in these bad circumstances.

But he was filled with positivity. The response he was getting from the people inspired him to make more videos. Darshan has traveled every part of the country for his youtube channel. Many leading business owners now approach him for different promotional videos after he had crossed around one lakh subscribers.

He is loving what he is doing and this is making him work more and more and share as much information he can through his youtube channel. Everyone started noticing him after he received the silver button from the youtube, he always kept thinking about it and was very excited to have to silver button with his name on it-“Darshan Rajput

He even kept thinking about what captions He will put on social media when he will finally have it. Those who questioned his abilities are now proud of him, are now appreciating his work and all this have changed because he made them changed their views through his hard work and patience. There was a time when he used to get distracted as people used to make fun of him but now he doesn’t have to answer anyone.

He believes- The motivation that comes from within is very important in life this thing only can lead you to success, no one can hand it to you but no one can take it away either. He started with a scratch, he manages everything on his own right from editing his videos to shooting his videos every single thing he manages on his own. He had a set up of just about two thousand when he started his channel and now within a year he has owned a set up of around a lakh, he gifted himself a bike, helping his family financially and investing to improve his channel– Manufacturer’s guide. He is earning both from his youtube channel and his startup.

His journey from tissue wala to the successful YouTuber and successful entrepreneur is very inspiring and he makes us believe that we must take a risk in life and stay positive in life.

As a YouTuber, he suggests that to be a successful YouTuber all you need is a lot of patience and great content and some good editing skills. Whenever he is working he is totally dedicated to his work. He is very disciplined about his work. He posts great content on his channel by sharing at least one video in a week he has always been very consistent when it comes to sharing a video on his youtube channel.

What we can conclude from his story is-Doesn’t matters how hard life gets there is always a solution for everything all you need to do is listen to your inner voice. If you believe in yourself that is enough.

You would also like our other blogs:
Stop thinking and Start Living-What I learned from this book
The First women of India who made history.