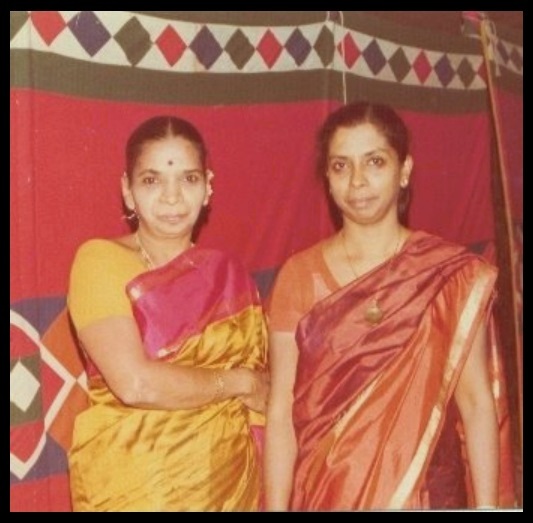 Anna Rajam Malhotra, the pride of India. She has made history by being the first female IAS officer of Independent India. She is the inspiration of many women. The work she had did as an IAS will always be remembered by all of us. She is truly an inspiration for every girl who is preparing for the Civil Services.

Girls from every corner of the world aspire to be like Anna Malhotra. She has set a perfect example for every girl, who is fighting a battle with society, her family, financial issues and every other problem. She had shown us, everything is possible if you are dedicated to your work, your dreams.

Let us know her story, her great journey of becoming an IAS officer. Her story will inspire many of the civil service aspirants who have always dream of serving the country.

She was born in 1927 at Niranam which is a census village in Kerala. Her grandfather Paulo Paul, was a famous Malayalam author. She grew in Calicut and there she continued her further education.

Anna Malhotra pursued her master’s degree in Literature in the year 1949 from the University of Madras. After completing her higher education she started preparing for the UPSC examination, she successfully cleared the examination in 1951 and was called for the interview. Her journey was not that easy, during her interview she was kind of shocked by the reaction she got from the interview panel.

If it would have been another girl, she might have compromised her dreams. But she showed great courage. She stood for herself when she was discouraged and advised by the board who interviewed her. The then chairman of the board R.N.Banerjee was trying to insist her to join Indian Foreign Services as it can be better for her as a woman. Anna Rajam Malhotra was unaware of the fact-She is going to become the First IAS Officer of India when she went for the interview if she cracks the interview.

The Interview panel officers were of the opinion – there are more challenges she will have to face as an IAS officer. She argued her case and she joined as an IAS officer and opted for Madras cadre.

In her career, she has worked with 7 chief ministers. The first chief minister she has worked with, praised and appreciated her later for her work she had done. Rajaji was of the opinion first that Anna Malhotra will not be able to handle her duties that well when a tough situation will arise when she joined the Services. Rajaji had not appointed her as a Sub-collector of the District.

Rajaji appreciated her work at a public meeting held in Trichanapalli. He also added – she has set an example of progressive women. She fought for a chance to prove herself, arguing that she was equally competent to men in handling any situation that might arise as a part of her job.

Later she was posted as a sub-collector in Hosur district. She took this second chance to prove herself. She wanted to serve as a Sub collector. Argued this time by explaining, she had gone through the same training with other men and do know everything about her duties as an IAS officer. She believed that she is equally competent to men. And this time she was posted to Hosur as a Sub-collector.

Women in Hosur there were curious to see her, She went there and met the women in Hosur district. There she felt that she should do something extraordinary for the women who are still struggling in there life.

You can imagine, how difficult it would have been for her when she received her appointment letter, which literally described -Your service will be terminated if, she gets married. Even though those rules are no more in force. These words were written in the appointment letter. But she did not stop and she lived her dream of being an IAS officer and serving the nation.

She broke the glass ceiling. She later worked with Rajiv Gandhi when he was given charge of Asian games in Delhi(1982). She also worked hard for the responsibility which was given to her-Indias first modern port (Nhava sena) in Mumbai. She accepted responsibility. Anna has also worked closely with Indira Gandhi, the first female prime Minister of India. Malhotra was also given the task of JNPT as a part of her deputation in the Central government. She was also a chairman of JNPT during the execution.

She is respected for the work she did. She was a dedicated officer. In one of the interviews R.B.Pathak (Former chief Secretary, Kerala) describes her as-” She was a no-nonsense lady, Anna mam was a tough and competent officer, she did not surrender to mediocre ministers and political masters”.Everyone has huge respect for her and the work she did as a woman as a Brilliant IAS officer.

Later she got married to former RBI Governor of India Mr.R.N.Malhotra who was her batchmate. Anna rajam Malhotra was awarded Padma Bhushan in the year 1989, the award is given for “distinguished service of a high order”. Her husband too has received the Padma award in the year 1990.

After Retirement Anna Malhotra was also a member of the National Commission for Women, worked in Film Certification Board and Pollution control board. The first female IAS officer of India -Anna Rajam Malhotra, our country is proud of you.

At the age of 91, Anna Malhotra died at her residence in Andheri. Even though she is no more she will always be remembered for her work. Many of the times she showed everyone that she is emotionally, physically and mentally strong to carry out her duties. Her Honesty made her an extraordinary officer. If you think that it’s our society which stops you. Anna Rajam is a great example that will prove you wrong. It’s all up to you. Be brave enough to face the difficulties in life.

You would also like our other blogs:
10 top tips-How to improve your writing skills
62nd Grammy Awards:2020 Winners.